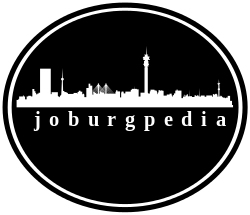 Official project name
JoburgpediA
Project start date (include month, day, and year)
01 Feb 2013
Project completion date (include month, day, and year)
01 Jul 2015
Please describe this project in 1 - 2 sentences
Over the course of 3 years, we will conduct a series of QR coding projects and outreach workshops in and around Johannesburg to encourage heritage institutions (government and private sectors) to contribute high-quality content to English and local small languages Wikipedias in the bid to build the first MetropediA in Africa.
Project Leads
Dumisani Ndubane
David Richfield
Douglas Scott

Monmouthpedia is the first Wikipedia project to embrace a whole town, specifically the Welsh town of Monmouth. This was done through installing Cream plaques containing QRCodes next to buildings and other objects and linking these to Wikipedia articles. A QR Code (it stands for "Quick Response") is a cell phone readable bar code that can store website URL's, when scanned by a smart phone, it will direct the browser of the smart phone to the url.

This project brings together the success of cream plaques with the intrinsic Histical value of Blue plaques. Blue plaques are used to commemorate significant sites (sites can be significant to a community for a whole host of reasons). It is an invitation to people to discover more about a site and its history. The iconic look is the circular shape with white writing on a blue background. It is currently estimated that there are about 150 to 200 blue plaques in and around Johannesburg.

The aim of this project is to increase Wikipedia coverage of iconic buildings around Johannesburg with historic and heritage importance. QR codes will be installed next to blue plaques in Johannesburg city in a bid to create the first MetropediA in Africa between the years 2013 through to 2015.

This project is expected to feed off to other heritage Wiki projects, especially the Wiki Loves Monuments photo competition around monuments within and around the Johannesburg area. The impact this project could have on local small wikis is not easy to quantify currently, except to say that it will provide local wikimedians working in small language projects, an ever fresh spring of information and material to write about.

How will this project will support the following key organizational objectives of,

Discussions on this project can also be found here:

The JoburgpediA project will be implemented in Three phases during 2013 and 2016. the proposed phases are shown in the timeline table to the right. This proposal is neither final nor exhaustive and indeed should be updated as time passes by. The sections below are a template of implementation strategy that is Proposed when implementing QRcoding projects in and around Joburg.

This phase will include selection of ten buildings in and around Johannesburg to be used as pilot, the upload of basic metadata and low resolution images to new or existing Wikipedia Articles (English), Installation of QR code ceramic/metallic plates next to Blue Plaques, editathons and translation rallies. It has been suggested by the City of Johannesburg that this first phase, tail the sequence of new sites being plaqued in JHB and culminating in the Mooki street June 16 route.The details of the phases are as follows:

The first phase of this project entails project inception and conceptualisation. Due to the nature and scale of the project, all affected stakeholders (WM-ZA, Blue Plaques and City of Jo'burg) must finalise the scale, all necessary endorsements and legal agreements on technicalities of the project upfront.